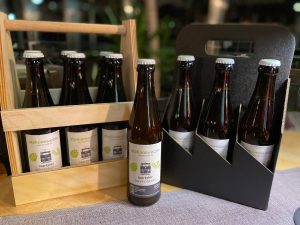 Our “Stationsweizen” for take away

A warm “Grüß Gott” in the Isartaler Brauhaus 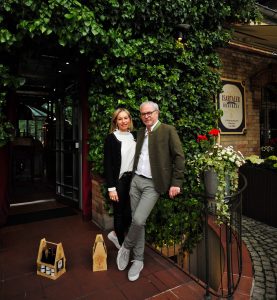 After a change of ownership and a successful renovation, at the beginning of November 2013 the new tenant – Klaus Abenteuer – opened the now renamed “Isartaler Brauhaus” again.

We wish you a nice time with us. 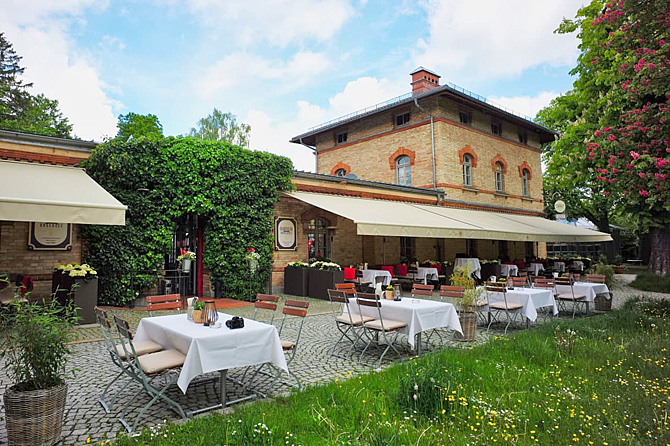 In 1890, Kaiser Wilhelm had the Isar Valley Railway built as a major project along the Isar – from Thalkirchen, via the south of Munich to Wolfratshausen and Kochel. The stops along this route that were built at that time can still be recognized today by their almost uniform design.

For about 80 years, our Großhesseloher station served travelers. In the course of the construction of the S-Bahn to Wolfratshausen, the station was scrapped in 1970 and a platform with access on both sides was built opposite.

A Munich notary and an architect acquired the old train station in 1986/87 and successfully implemented their plans for a brewery. The Traunsteiner brewery leased the newly created “Isarbräu” for 25 years and the first successful landlord, Frank Waldecker, opened his doors in November 1988 and surprised with his new concept for the first brewery near Munich. The successful visual concept and the easily accessible location through the Großhesselohe S-Bahn station in Pullach soon conquered the whole of Munich. The Isarbräu was born and developed into a cult bar in this generation.

Our inn offers you free access to the Internet via WLAN.